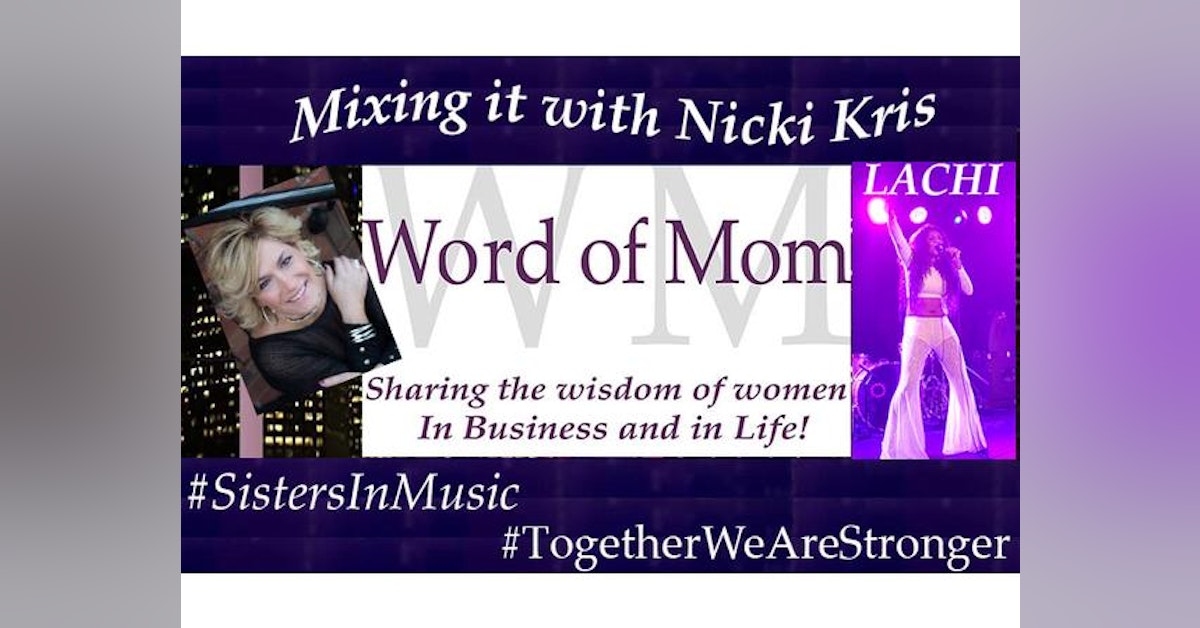 Boasting millions of streams on Spotify, Lachi's music has debuted on national charts, aired on TV, radio and film and is now sharing on Mixing It with Nicki Kr

Season 6
Mixing it With Nicki Kris is sharing Lachi is an award nominated recording artist, songwriter and diversity inclusion advocate based in New York City. She has released songs with SONY and Warner Music, collaborating with and supported by some of the biggest names in the Dance music industry . Boasting millions of streams on Spotify, Lachi's music has debuted on national charts, aired on TV, radio and film, and has been featured/mentioned in The New York Times, American Songwriter, Oprah Radio, NPR and HuffPost to name a few.  Host Nicki Kris is an award-winning singer/songwriter and knows that as Sisters in Music, together we are stronger! Find out more at NickiKris.com. Join us on Mixing it on December 14th at 1pmET/10amPT and in podcast anytime. Connect with Lachi at LachiMusic.com, Instagram, Twitter, Facebook, YouTube and Spotify. Connect with #WordofMom on Facebook, Instagram and Twitter. Email us at info.wordofmomradio@gmail.com. Thanks to our sponsors Safety Bags, StadiumBags.com, NoSuchThingasaBully.com and SmithSistersBluegrass.com for our theme song, She is You. #WordofMomRadio ~ Sharing the wisdom of women in business and in life.