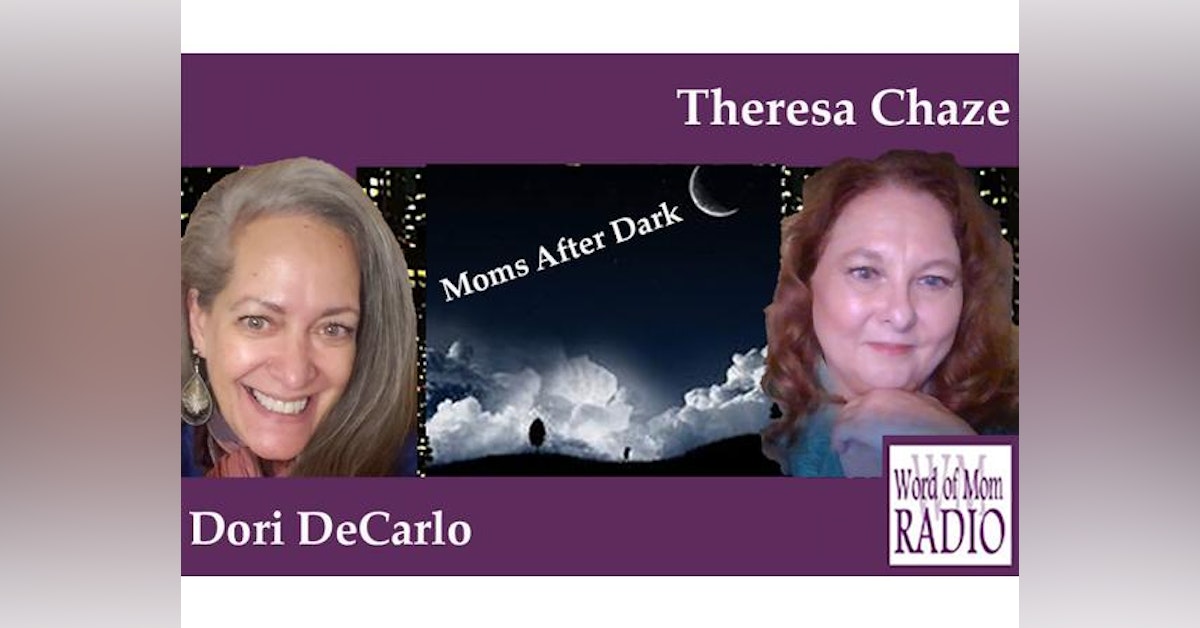 With everything going on right now, and women's rights hanging in the balance, there is no telling what Dori and Theresa will be talking about.

Moms After Dark with Theresa Chaze and Dori DeCarlo is a live show about what is going on right now...whether it be politics, business, our lives or what is happening in yours, this is an unscripted show. Give us a call 213 943-3757 and be part of the conversation!

Her company, Kaleidoscope Film and Television, combines the best of old-school storytelling with modern technologies. Producing projects based on age, gender, and ethnic diversity it will be breaking stereotypes in front of and behind the cameras, especially for women, Native Americans, and veterans. Here is the link to Theresa's Novels and Short Stories.

Dori DeCarlo is the founder and host of Word of Mom Radio and a proud mompreneur since 1994! Sharing the wisdom of women, in business and in life, is the mission of The Word of Mom Media Network!

Join us Friday night August 12th. We are LIVE from 10pm-11pmET - and we can't wait to hear from you, too. Be sure to connect with Word of Mom on Facebook, Instagram and Twitter.